The forest kingdom of Linara 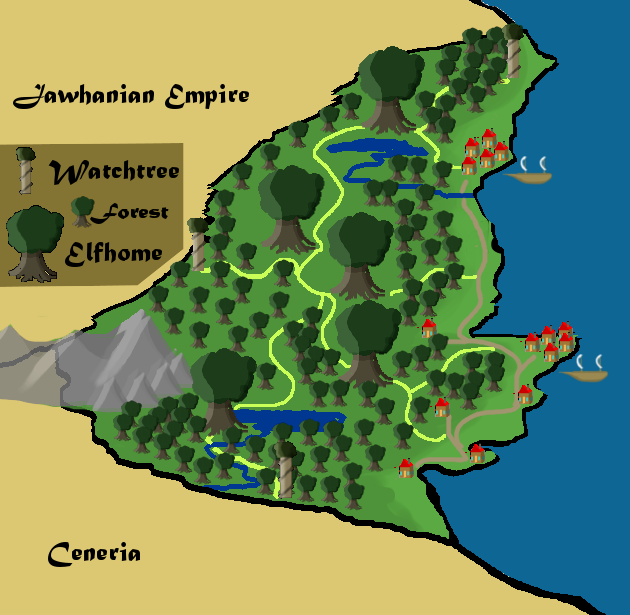 The kingdom is in fact ruled by a queen who rules over an rather forested piece of land. The coast is inhabited by humans whereas the rest of the country is filled with elves.

The elves and humans are on good relationsships whereas the elves frequently visit the human villages to trade wood for necessities. 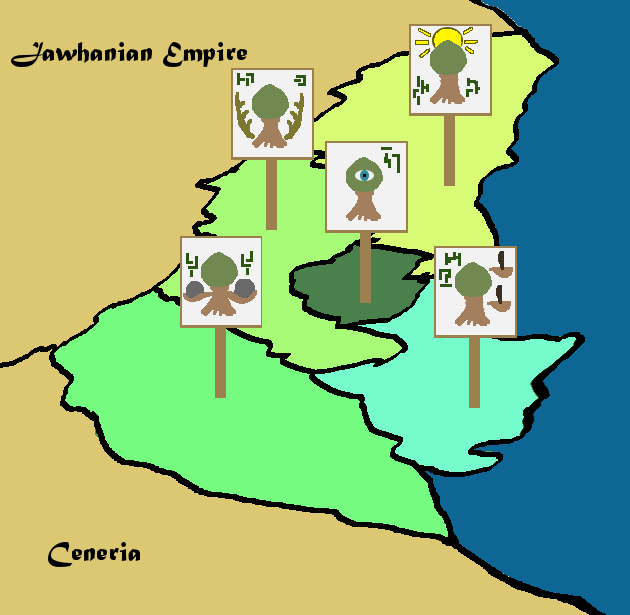 1. The rocks: The elves tend to trade with ore that they find in the mountains. They also trade with miners who come from Ceneria.
2. The ships: These are known to trade good quality lumber for shipbuilding.
3. The sun: Fairly optimistic elves who trade pretty much anything. They use the river to sail to the human town.
4. The Thorns: Skeptical to human intervention due to border trifles with Jawhanian empire. They train more soldiers than the other counties.
5. The eye: The seat of the elven government. The country is ruled by Linara and a council of 5 elder dryads.

Each county is ruled by a dryad whereas they hold control from the huge trees.
Lagt inn av Julien Brightside kl. 05:20